Maitree 2019: Indo-Thailand Joint Military Exercise to be held in Meghalaya 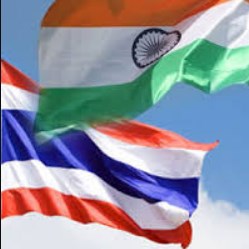 The 2019 edition of Maitree, the joint military exercise between India and Thailand will be conducted from 16-29 September at Foreign Training Node, Umroi, in Meghalaya.

Exercise MAITREE is a joint military exercise which is being conducted between armies of India and Thailand since 2006. This annual training event is held alternatively in Thailand and India.

Aim of Military Exercise is to share experience gained during various counter-terrorism operations.

Exercise MAITREE is significant in terms of security challenges faced by both countries in the backdrop of changing facets of global terrorism.

The contingents of Indian Army and Royal Thailand Army (RTA) comprising of 50 soldiers each will participate in the exercise.

The scope of this joint military exercise covers, company-level joint training on counter-terrorism operations in jungle and urban scenario