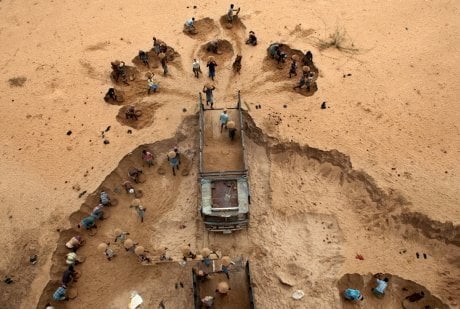 The committee has recommended a series of measures that includes creation of sand registry for de-silting of the Ganga, study to guide de-silting activities and establishment of a technical institute to conduct the sediment budget.
The committee has recommended for the establishment of an institute for flood routing studies.
The committee has observed that erosion, sediment transport and siltation are very complex phenomena and hence ‘one-size-fits-all’ approach cannot be applied to sediment management and control as the issues involved are regionally-specific. So, the committee suggests to evolve guidelines, better broad principles while planning and implementing de-silting works as the indiscriminate se-siltation works may cause more harm to ecology.
The committee recommends good agricultural practices, river bank anti-erosion works and reclamation of adjoining lakes along the river. The committee also favors de-silting of adjoining lakes to increase their storage capacities.
It has recommended dredging of shoals in the Farakka Barrage and usage of such sediments for re-grading the Farakka Feeder Canal. It has also suggested to modify  the bridges across the Ganga which are causing large afflux.