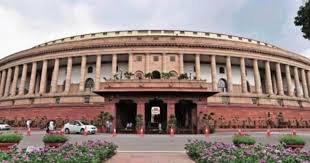 NIA was set up in 2009 in aftermath Mumbai terror attack that had claimed 166 lives.

Since 2017, Union Home Ministry has been pushing for giving more power to NIA to meet fresh challenges.

The amendments will allow NIA to probe cybercrimes and cases of human trafficking.

In every state there is only one NIA designated court and these courts would only take NIA cases and not others.

Scheduled offences: The schedule to Act mentions list of offences which are to be investigated and prosecuted by NIA which include offences under Acts like Atomic Energy Act (AEA), 1962, and Unlawful Activities Prevention Act (UAPA), 1967. In addition to these the Bill also seeks to allow NIA to investigate following offences- cyber-terrorism, offences related to counterfeit currency or bank notes, offences under Explosive Substances Act (1908), manufacture or sale of prohibited arms and human trafficking.

Jurisdiction of NIA: The present NIA Act provides for creation of NIA to investigate and prosecute offences specified in schedule and NIA officers have same powers as other police officers in relation to investigation of such offences, across India. The NIA Amendment Bill seeks that in addition to current provisions, NIA officers will have power to investigate scheduled offences committed outside India, subject to domestic laws of other countries and international treaties. Also, if the offence has been committed in India Central government may direct NIA to investigate such cases and Special Court in New Delhi will be having jurisdiction over these cases.

Although, before designating Sessions Courts as Special Courts for trial of scheduled offences, the central government is required to consult Chief Justice of High Court under which the Sessions Court is functioning.

In case when more than one Special Court has been designated for any area, then senior-most judge will distribute cases among courts. Moreover, state governments may also designate Sessions Courts as Special Courts for trial of scheduled offences.