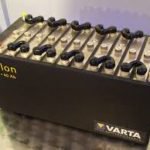 The Central Government has confirmed in a written reply to Lok Sabha about the presence of 1600 tonnes of lithium deposits in Mandya district of Karnataka. However, the significance and the quantity of the lithium in the region can only be confirmed after exploring the entire area. Further, commercial exploitation for the deposits can start only after the technical, social and economic feasibility studies are done.

The first Lithium plant of India has been set up at Gujarat in the year 2021. This refinery will be set up with the help of investment of Rs 1000 crore made by the Manikaran Power Limited. This refinery will make use of Lithium ore to produce the base battery material and make Gujarat a hub for Lithium-ion batteries.