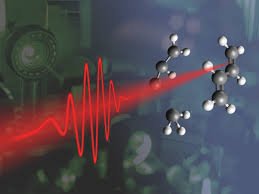 Laser surface texturing is an engineering process used to alter the friction properties of a surface using laser beams. It is used in manufacturing sector to improve the properties using microstructures on the surface. It has a lower impact on the environment than other technologies used for the purpose, like chemical etching.

The ultrafast laser surface texturing technology developed by ARCI, an autonomous R&D centre under DST, is to be used on the components of internal combustion engines. In this technology, a pulsating laser beam is used to create microscopic grooves on the surface. These grooves can be as small as 10 μm.

The technology is to be used for improving the fuel efficiency of internal combustion engines. When operating under dry sliding conditions, these microstructures can trap the debris. It can enhance the oil supply, reduce the friction coefficient and the wear rate.