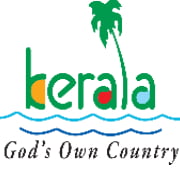 Kerala Tourism has won 2015 Pacific Asia Travel Association (PATA) award in the ‘Heritage & Culture’ category for its Muziris Heritage Project.
The award bestowed in recognition project efforts which aim at restoring and conservation of historical and cultural significance of the ancient town and its uniqueness and impact on local community located in stretches from Ernakulam to Kodungalloor in Thrissur district of Kerala.

Muziris Heritage Project: It is an ambitious tourism venture of Tourism Department of Kerala in order to reinstate the historical and cultural significance Muziris. It was started in 2006 and also covers various other historically significant sites and monuments in central Kerala.

The awards are given by Pacific Asia Travel Association and sponsored by Macau Government Tourism Office (MGTO). Presented every year in recognition of the achievements of 25 separate organisations and individuals.
It should be noted that PATA is a membership association working to promote the responsible development of travel and tourism in the Asia Pacific region.