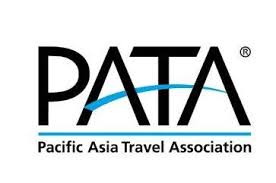 Yalla Kerala: It was print media travel advertisement campaign launched in Gulf countries. It showcased state’s greenery and backwaters. With punch line ‘Yalla Kerala’, this campaign had triggered lot of interest for Kerala as tourism destination in Gulf countries.
Live Inspired Posters: It was developed for third edition of Kochi-Muziris Biennale (KMB), the biggest contemporary art show in South Asia. It was live-inspired poster that had featured colourful boat and fishermen and could be put up straight as well as upside down.

These awards are given by PATA and are sponsored by Macau Government Tourism Office (MGTO). PATA Awards are presented to outstanding entries in four principal categories: Marketing; Education and Training; Environment, and Heritage and Culture. These awards are presented every year in recognition of the achievements of 25 separate organisations and individuals. PATA is membership association working to promote the responsible development of travel and tourism in the Asia Pacific region.