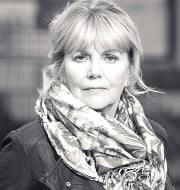 The British writer, Kate Atkinson has won the 2015 Costa novel award for her novel “A God in Ruins”, the companion her previous novel to ‘Life After Life’.
With this, she became the first British author to receive a Costa prize three times. Earlier she had won it for Life After Life (2013) and Behind the Scenes at the Museum (1995).
Other winners of 2015 Costa Book Awards