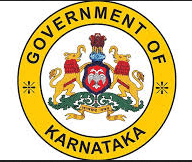 The state government in Karnataka recently stopped the Shaadi Bhagya Scheme that was launched by the previous government in the state in 2013.

Under the scheme, a financial assistance of Rs 50,000 was given to Muslim brides for marriage expenses when they submit their Aadhar and BPL cards. The previous coalition government had allocated Rs 60 crore budget for the scheme.