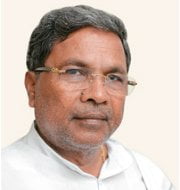 Karnataka government has launched Mukhyamantri Santwana Harish Yojana to provide free medical treatment to road accident victims for the first 48 hours (2 days) in the nearest government or private hospital.
The scheme has been named after Harish Nanjappa who had donated his eyes moments before his death. He had died as no help was provided to him after he was  severely injured in mishap in February 2016 .
Under the scheme