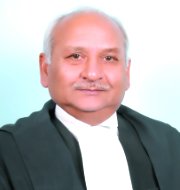 Justice Sanjay Mishra has been appointed as Lokayukta of Uttar Pradesh after his appointment was approved by the Supreme Court.
In this regard, the apex court recalled its earlier order of appointing Justice Virendra Singh as Lokayukta of UP after objections were raised against Singh’s appointment.
Background