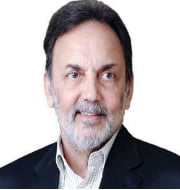 Apart from them, 24 other journalists were honoured with awards which were presented in the different categories including crime, politics, courts, health, environment and science.
The awards were presented by the Union Railway Minister Suresh Prabhu at a function held in Mumbai.
About RedInk Lifetime Achievement Award