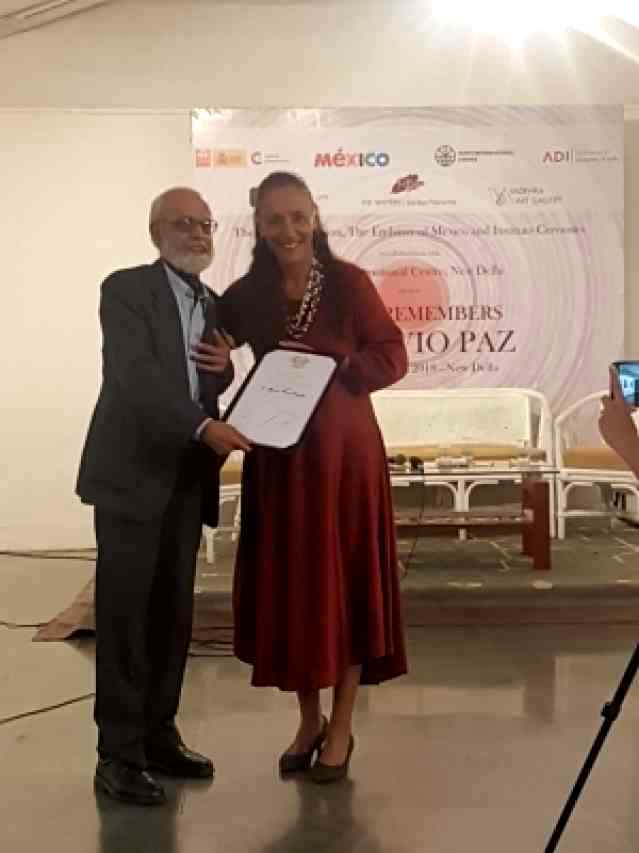 Mexican government has honoured Indian academician Shyama Prasad Ganguly with “Orden Mexicana del Águila Azteca” (Mexican Order of the Aztec Eagle), the highest civilian honour given to a foreigner by Mexico. He was awarded for disseminating Spanish language and Mexican culture to strengthen Mexico-India cultural relations. He is first Indian Academician to get this award.

He is former professor of Spanish and Latin American Studies atJawaharlal Nehru University (JNU). He belonged to first generation of handful of Indian academics who actually made everybody else interested in Spanish. He has authored, edited and translated over 25 books in academic career spanning 40 years.

It is part of Mexican Honours System and is highest Mexican order awarded to foreigners in the country. It was created by decree in December 1933 by President Abelardo L. Rodríguez as reward to  services given to Mexico or humankind by foreigners. It corresponds to similar distinctions given to Mexican citizens such as Condecoración Miguel Hidalgo or Belisario Domínguez Medal of Honor. It is given by office of the foreign minister on instructions of Council established for this purpose headed by the President, who signs each honour. This Order stands for friendship of Mexico with nations of world and is means to express respect and admiration of Mexican people. Its previous recipients of include Microsoft founder Bill Gates, Nobel Economics Laureate Amartya Sen, writer and Nobel Literature Laureate Nadine Gordimer. Royal Eagle is Mexico’s national animal and was considered sacred for Aztecs.