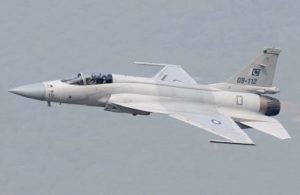 China has delivered the first overhauled multi-role JF-17 Thunder fighter jet the Pakistan Air Force (PAF). The delivery was part of a project undertaken by two nations more than a decade ago for development and manufacture of the aircraft.