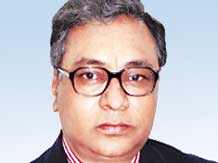 The ABU was formed in 1964, and is a non-profit, non-governmental, professional association of broadcasting organizations. It has over 200 members in over 60 countries/regions. Its headquarters is in Kuala Lumpur, Malaysia, and its President is Yoshinori Imai.
India is a founder member since 1964 and All India Radio (AIR) and Doordarshan have been associated with ABU too.ABU has full time members who must be national free-to-air broadcasters in the Asia-Pacific; associate members that is open to provincial, subscription and national broadcasters; and affiliate members who are organizations connected to broadcastic.
ABU provides a forum to promote the collective interests of its members. It is one of the most prominent and the third largest broadcasting union in the world.