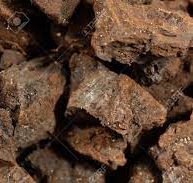 A Japanese-Australian venture has started producing hydrogen from brown coal. Japan and Australia have collaborated for a $500 million pilot project which aims to show that liquefied hydrogen can be produced commercially and can be safely exported overseas.

The countries have planned to create the first international supply chain for the liquefied hydrogen. In the next they also planned for shipping a cargo on the first liquefied hydrogen carrier of the world. The project will produce the hydrogen by reacting coal with oxygen and steam under high heat and pressure with carbon dioxide & other gases as the by-products.

Significance of project for Japan

The project is located in the Brown Coal Reserves in the state of Victoria and is run by Kawasaki Heavy industries. This project is significant because it will help Japan to meet its “net zero emission” target by 2050. Japan, which is the fifth largest energy consumer of the world, has aimed to boost the annual hydrogen demand by ten times amounting to 20 million tonnes by 2050. It is equal to 40 percent of the current power generation in the country.

Significance of project for Australia

Australia dominates the global liquefied natural gas (LNG) trade. So, the country further hopes that the “liquefied hydrogen” will provide a greener market for its gas and coal.

It is also known as Lignite. It is a soft, brown, combustible, sedimentary rock which is formed from the naturally compressed peat. This coal is the lowest rank of coal because of its relatively low heat content. The coal comprised of the carbon content of around 25 to 35 percent. The coal is mined all across the world. It is exclusively used as a fuel for steam-electric power generation. It is the most harmful coal to human health.