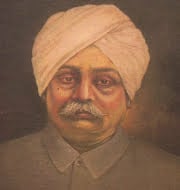 On January 28, 2020, the India celebrated the legend Lala Lajpat Rai’s 155th birth anniversary. He is one of the most celebrated freedom fighters in the country. His patriotism earned him titles such as “Punjab Kesari” and “Lion of Punjab”.

He was born on 28 January, 1865 in Punjab. His father was a Government School teacher.

He was one of the triumvirates of the Lal Bal Pal. It includes Lala Lajpat Rai of Punjab, Bal Gangadhar Tilak of Maharashtra and Bipin Chandra Pal of Bengal. The three leaders changed the political discoursed of the Indian Movement. They mobilized Indians across the countries and strengthened Swadeshi Movement. They also were active participants in involving Indians against Bengal Partition.