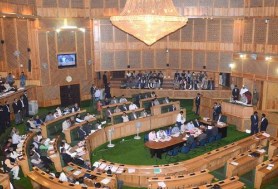 The 62-year-old State Legislative Council of Jammu and Kashmir has come to an end with State Administration issuing formal orders for its abolition with immediate effect. The transition of Ladakh region as the youngest Union Territory will be done on 31 October 2019.

The State Administration issued orders in terms of Section 57 of J&K Reorganization Act, 2019 and has asked 116-member staff of Legislative Council to report to General Administration Department by 22 October 2019.

As per the government order, all the vehicles purchased for council were transferred to state motor garages.

In addition to this the Jammu and Kashmir government also issued formal orders for opening of new administrative secretariat in Ladakh under the Jammu and Kashmir Reorganisation Bill, (passed in August 2019). Through this legislation the central government revoked special status granted to J&K and bifurcated state into two Union territories of J&K and Ladakh.

The J&K legislative council was created in year 1957 following adoption of a new constitution by state constituent assembly and passing of Legislative Councils Act in Parliament. These legislations created a bicameral legislature for the state of J&K. It then had a strength of 36 members.

The council was used by political parties across the spectrum to adjust and rehabilitate their senior members and prominent party supporters. This also allowed party members who lost elections to enter power structure and grab ministerial posts despite losing.

Office Term: The J&K legislative council members remained in office for a period of six years. It comprised of 22 elected by state assembly, 2 members elected from local authorities, 2 from panchayat constituency and J&K governor would nominate 8 members from eminent persons from various fields.