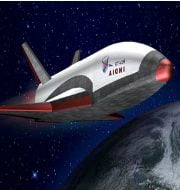 Indian Space Research Organisation (ISRO) is setting up third launch pad at Sriharikota, Andhra Pradesh to undertake Gaganyaan manned space flight programme. ISRO currently has two launch pads which are already full. Third launch pad is being set up for the human space flight. It will be ready in time for the mission. In addition, ISRO is scouting for location on western sea coast near Gujarat to set up another launch pad for Small Satellite Launch Vehicles (SSLV).

It will be India’s first manned space mission. Under it, India is planning to send three humans (Gaganyatris) into space i.e. in low earth orbit (LEO) by 2022 i.e. by 75th Independence Day for period of five to seven days. The mission was announced by Prime Minister Narendra Modi during his 72nd Independence Day speech. Under this mission, crew of three astronauts will conduct experiments on microgravity in space.  The crew will be selected jointly by Indian Air Force (IAF) and ISRO after which they will undergo training for two-three years. India will be fourth nation in the world after USA, Russia and China to launch human spaceflight mission.
Objectives of Gaganyaan Mission: Enhance of science and technology levels in the country, serve as national project involving several institutes, academia and industry, improve of industrial growth, inspire youth, develop technology for social benefits and improve international collaboration.
ISRO’s preparation
ISRO already has begun work on manned mission in 2004. It already has validated many of the critical technologies required for human spaceflight through various tests such as Space Capsule Recovery Experiment, Crew Module Atmospheric Re-Entry Experiment and Pad Abort Test.  ISRO will use its GSLV Mk-III launch vehicle which can carry heavier payload of Gaganyaan. This launch vehicle will take off from new launch pad of ISRO.