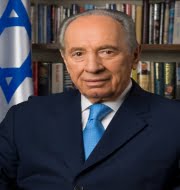 Former Israeli Prime Minister and President Shimon Peres passed away on 28 September 2016 in Ramat Gan, Israel. He was 93.
Peres was Israel’s most eminent elder statesman and was one of the last surviving pillars of Israel’s founding generation.