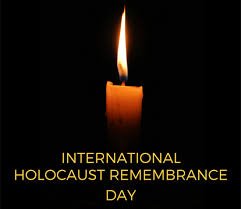 The International Holocaust Remembrance Day is observed annually on January 27 across the world. This year, the day is observed in memory of the victims of the Holocaust, under the theme “75 years after Auschwitz — Holocaust Education and Remembrance for Global Justice”.  27th January was chosen as back on 27th January 1945, the largest Nazi concentration and death camp, Auschwitz was liberated by the Red Army (Soviet Union). The day is observed for paying tribute to the victims of the Holocaust and to make Governments, policymakers, and organizations across the globe remember to reaffirm its commitments to counter any form of intolerance.

The United Nations Department of Global Communications organized several events on 27 January to observe the day, including the 2020 United Nations Holocaust Memorial Ceremony. After the UN passed a resolution 60/7 for establishing the day in 2005, Holocaust Remembrance weeks were organized by the Holocaust and the United Nations Outreach Programme. Recently, the World Holocaust Forum was held in Jerusalem, Israel.