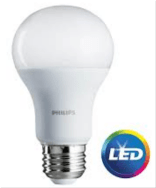 Government will retrofit 10 lakh conventional street lights with LED lights in Gram Panchayats of 7 districts in Andhra Pradesh. The project will be carried out by the Energy Efficiency Services Limited (EESL) functioning under the Ministry of Power. This project will be the first rural LED street lighting project under the Government of India’s Street Lighting National Project (SLNP).
In the first phase of the project, the districts of Guntur, Prakasham, Nellore, Kurnool, Kadapa, Ananthapur and Chittoor will be covered.
The total upfront capital cost of the project would be funded by French Development Agency Agence Française de Développement (AFD).

The project will help the gram panchayats to cumulatively save approximately 147 million units of electricity in a year. it will lead to a reduction of approximately 12 crore tonnes of CO2. The EESL will be made responsible for carrying out annual maintenance and warranty replacement exercises in these gram panchayats for a period of 10 years.

Andhra Pradesh became the first state to get assistance from EESL to replace conventional street lighting with LED lighting after cyclone Hudhud caused extensive damage in Visakhapatnam. since then, EESL has installed an approximate 5,90,000 LED street lights in the State. These lights has helped the state to reduce over 65,000 tonnes of CO2 every year.
Across the country, more than 23 lakh conventional street lights have been replaced by LED street lights in 21 States. Prime Minister Narendra Modi has launched ‘100 cities National Programme‘ on January 5, 2015 to replace conventional domestic lights with energy efficient LED lights. Similarly, Under the Street Light National Programme (SLNP), the government has set a target of replacing 1.34 crore conventional street lights with LED lights across the country.
LED bulbs have a very long life, almost 50 times more than ordinary bulbs, and 8 to 10 times that of CFLs, and therefore provide both energy and cost savings in the medium term. The benefits of LED lights are: (i) Electricity savings (ii) Reduction of load (iii) Reduction of consumer bills (iv) Greenhouse gas emission reductions.