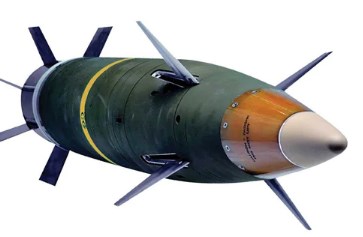 To boost to its firepower, the Indian army has inducted US made precision-guided Excalibur artillery ammunition and indigenous Dhanush howitzer in its inventory. The announcement regarding ammunition’s induction was made in an Army Commander’s Conference.

This precision-guided Excalibur is capable to annihilate targets at extended ranges. It is capable of hitting targets within 50 kilometre range, with less than 2 metres error margin.

It is made by American company Raytheon and has been acquired by Indian army under fast track procedure.

It is a 155 mm towed howitzer (a short gun for firing shells on high trajectories at low velocities) used by Indian Army. Its design is based on Bofors Haubits FH77 which was acquired by India in 1980s.

In 2018 the development trials of gun was completed development and in 2029 its series production was approved.