Indian-American Swati Dandenkar appointed as US Director of ADB 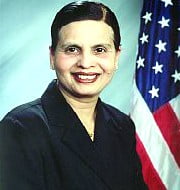 India-born Swati Dandekar has been appointed as the United States director of the Asian Development Bank (ADB).
She was nominated to this position by US President Barack Obama and was designated with rank of an ambassador. She would replace Robert M Orr who has held this position since 2010.

Every year the World Agri-Tourism Day is celebrated on May 16. This year, on the fourteenth World Ag...

Every year, Maharashtra Day is celebrated on May 1. It commemorates the formation of the state of Ma...

What is Cycle threshold (Ct) Value in a RT-PCR Test?

The Ct Value in a RT-PCR test is cycle Threshold value. This value determines if a patient is COVID-...