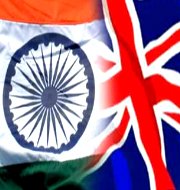 The Union Cabinet has approved Memorandum of understanding (MoU) between India and United Kingdom and Northern Ireland on the return of Illegal Migrants. Decision in this regard was taken at Union Cabinet meeting chaired by Prime Minister Narendra Modi.

The MoU will facilitate that Visa Free Agreement for holders of Diplomatic passports as well as liberalization of UK Visa Regime travelling to UK legally, after its conclusion. It will ensure return of persons who have no lawful basis to be in territory of other Party after verification of nationality to its satisfaction. It will help in streamlining procedure of return of nationals who are caught to be staying illegally, belonging to other party in specified time-frame.