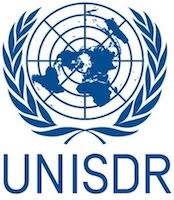 According to United Nations report titled ‘Economic Losses, Poverty and Disasters 1998-2017’, India has suffered whopping $79.5 billion economic loss due to climate-related disasters in last 20 years. The report was compiled by UN Office for Disaster Risk Reduction which highlights impact of extreme weather events on global economy. The report was released ahead of International Day for Disaster Reduction, observed every year on October 13.

The years between 1998 to 2017 have seen dramatic rise of 151% in direct economic losses from climate-related disasters. The direct losses (impact) of disasters on global economy between 1998 and 2017 in affected countries was reported $2.908 trillion, more than twice of what was lost in previous two decades.
There is growing threat from climate change led extreme weather events, which now account for 77% of total economic losses of $2.245 trillion. This represents dramatic rise of 151% compared with losses reported between 1978 and 1997, which amounted to $895 billion.
The greatest economic losses was experienced by United Stats at $944.8 billion followed by China ($492.2 billion), Japan ($376.3 billion), India ($79.5 billion), Puerto Rico ($71.7 billion), France ($48.3 billion) Germany ($57.9 billion), Italy ($56.6 billion), Thailand ($52.4 billion) and Mexico ($46.5 billion).
In terms of occurrences, climate-related disasters also dominate the picture, accounting for 91% of all 7,255 major recorded events between 1998 and 2017. Floods (43.4%) followed by storms (28.2%) are the two most frequently occurring disasters.
During this period, 1.3 million people lost their lives and 4.4 billion people were injured, rendered homeless, displaced or in need of emergency assistance. 563 earthquakes, including related tsunamis, accounted for 56% of total deaths or 747,234 lives lost.
However, 63% of disaster reports contain no economic data. There is disproportionate impact of disaster events on low and middle-income countries is high as compared to high-income countries as they can bear brunt of absolute economic losses.
The high-income countries recorded losses for 53% of reported disasters between 1998 and 2017, low-income countries only recorded them for 13% of disasters. Only one high-income territory ranked among top ten in terms of annual average percentage losses relative to GDP – Puerto Rico with 12.2%.
Climate change is increasing frequency and severity of extreme weather events. The economic losses from extreme weather events are unsustainable and puts major brake on eradicating poverty in hazard exposed parts of the world
Disasters will continue to be major impediments to sustainable development so long as economic incentives to build and develop hazard-prone locations outweigh perceived disaster risks. Integrating disaster risk reduction into investment decisions is most cost-effective way to reduce these risks, investing in disaster risk reduction is therefore pre-condition for developing sustainable in changing climate.

It was established in 1999 as dedicated secretariat to facilitate implementation of International Strategy for Disaster Reduction (ISDR). It is an organisational unit of UN Secretariat and is led by the UN Special Representative of the Secretary-General for Disaster Risk Reduction (SRSG). It is headquartered in Geneva, Switzerland.
It is mandated by United Nations General Assembly resolution (56/195) to serve as focal point in United Nations system for coordination of disaster reduction and to ensure synergies among disaster reduction activities of United Nations system and regional organizations and activities in socio‐economic and humanitarian fields.