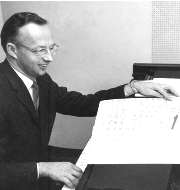 To expand the bilateral relations in various fields, India and Sierra Leone signed six agreements including extending a credit line of $30 million for rice cultivation. The agreement was signed during the second leg of Vice President Venkaiah Naidu’s five-day visit to the West African countries, as part of which he reached Freetown, capital of Sierra Leone.

In support of the Line of Credit extended by India to the tune of $30 million for Irrigation development in Tomabum to achieve self-sufficiency in rice production, an agreement was also signed with EXIM Bank of India in this regard.

UNSC Reforms: Both countries also agreed to push for United Nations Security Council (UNSC) reforms so that one-third (33%) of mankind residing in Africa and India occupy their rightful place in decision making bodies of UN. Moreover, UN also need to be reformed to reflect realities of today and address current global challenges.

India announced its decision to establish a High Commission in Sierra Leone.

To initiate a cultural exchange program between governments of India and Sierra Leone for the years 2019-23.

UNAMSIL: India was among the first countries to contribute to United Nation Mission in Sierra Leone (UNAMSIL) with the deployment of 4000 strong Indian Military contingent.

So far, India’s developmental assistance to Sierra Leone is about $217.5 million for various sectors such as water resources, agriculture, energy and telecommunication.

e-Visa facility: India has extended e-Visa facility to the nationals of Sierra Leone for ease of mobility and both sides are also negotiating a visa waiver agreement for holders of diplomatic and official passports thus enhancing people-to-people linkages between the two countries.

During the recent visit, India proposed a line of credit for construction of a new President’s Office complex in Freetown.