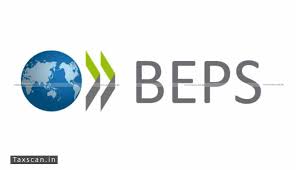 India has ratified Multilateral Convention to Implement Tax Treaty Related Measures (MLI) to prevent Base Erosion and Profit Shifting (BEPS). It will pave way for amendments to double taxation avoidance agreements (DTAA) with countries signatories to convention to plug revenue leakages. The provisions enshrined in framework will come into effect from fiscal year 2020-21 for bilateral tax treaties.

Earlier on 25 June 2019 India deposited to OECD an Instrument of ratification, along with India’s final position in terms of reservations, Covered Tax Agreements (CTAs), options and notifications under MLI.

Impact: MLI will modify India’s tax treaties that will help reduce revenue loss due to treaty abuse and Base Erosion and Profit Shifting (BEPS) strategies by ensuring that profits are taxed where ever substantive economic activities generating profits are carried out.

Way Ahead: MLI will enter into force for India on 1 October 2019 and provisions enshrined in framework will come into effect on India’s DTAAs from fiscal year 2020-21 for bilateral tax treaties.

The Multilateral Convention (MLI) is an outcome of OECD or G20 Project to tackle Base Erosion and Profit Shifting (called as BEPS Project). BEPS means tax planning strategies which exploit mismatches and gaps in tax rules so as to artificially shift profits to a low or no-tax location where there is little/no economic activity, which further results in little or no overall corporate tax being paid.