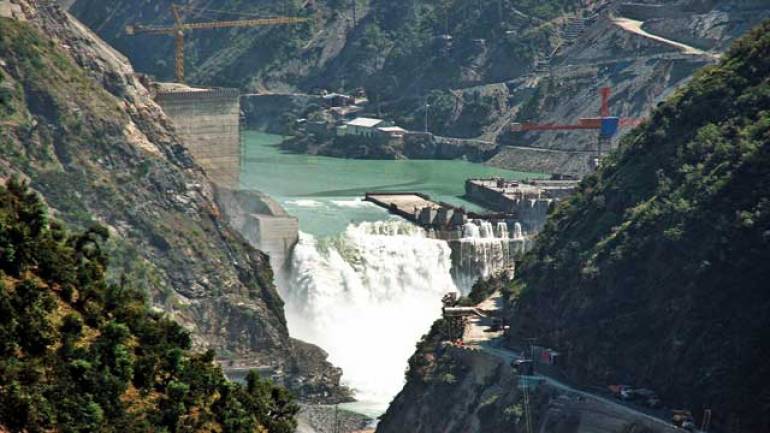 India and Pakistan have agreed to undertake Indus Waters Treaty 1960 mandated tours by their water commissioners in Indus basin on both sides to resolve issues on various hydroelectric projects in Jammu and Kashmir. This was decided in recently concluded high-level bilateral talks on Indus Waters Treaty in Lahore, Pakistan.

Deliberations were held on further strengthening the role of Permanent Indus Commission (PIC) for matters under 1960 Treaty. Technical discussions were also held on implementation of various hydroelectric projects under provisions of Indus Waters Treaty including Pakal Dul (1000 MW) and Lower Kalnai (48 MW) in Jammu and Kashmir. India has invited Pakistani experts to visit sites of Pakal Dul and Lower Kalnai hydropower projects on Chenab river in September 2018 to address its concerns over construction of the projects. During the talks India rejected Pakistan’s objections to the construction work and has hinted at continuation of the work on both the hydropower projects. It was agreed to hold the next meeting of the PIC in India on mutually convenient dates.

Pakistan is demanding reduction of height of Pakal Dul’s reservoir up to five metres, maintenance of 40-metre height above sea level and making spillways’ gates of Pakal Dul project. Besides it is also asking for clarification of pattern and mechanism for water storage, releases and some technical concerns over design of Lower Kalnai hydropower project from India.

IWT is water-distribution treaty between India and Pakistan which was brokered by World Bank (then the International Bank for Reconstruction and Development). It deals with sharing of water of Indus water system having six rivers — Beas, Ravi, Sutlej, Indus, Chenab and Jhelum between the two countries.
It was signed by then Indian Prime Minister Jawaharlal Nehru and President of Pakistan Ayub Khan in Karachi on September 19, 1960. It is most successful water treaty in world as it has survived India-Pakistan wars of 1965, 1971 and the 1999 Kargil standoff besides Kashmir insurgency since 1990.
As per treaty, control over three eastern rivers Ravi, Beas and Sutlej are with India. While control over three western rivers Indus, Jhelum and Chenab was given to Pakistan. It allows India to use only 20% of the water of Indus river, which flows through it first, for irrigation, power generation and transport.
The treaty also sets out mechanism for cooperation and information exchange between two countries regarding their use of the rivers. It sets up Permanent Indus Commission (PIC) as a bilateral commission to implement and manage the treaty. It also makes mandatory for both countries to appoint water commissioners, who are required to meet twice a year and arrange technical visits to projects’ sites.
The commission solves disputes arising over water sharing. Besides, treaty also provides arbitration mechanism to solve disputes amicably. The World Bank’s role in relation to “disputes” and “differences” with respect of IWT is limited to the designation of people to fulfill certain roles when requested by either or both of the parties.