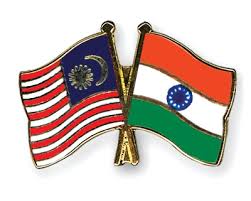 India and Malaysia have inked seven agreements to foster deeper relationship between the two countries.
The agreements were exchanged in the presence of Prime Minister Narendra Modi and his Malaysian counterpart Najib Abdul Razak in New Delhi who was on six day state visit to India.