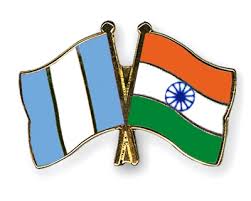 Both countries agreed to support each other’s candidature for Non-Permanent Membership in United Nations Security Council (UNSC). Guatemala will support India’s candidature for UNSC membership for 2021-22 while New Delhi will do so for 2031-32 for Guatemala.
Indian side also agreed to Guatemala’s request for supplying solar panels to its airports. They also signed MoU for training of diplomats and Letter of Intent (LoI) for training Guatemalan English Teachers in India. These agreements will be valid for three years and will be extended thereafter, if required.

Guatemala is a country in Central America bordered by Mexico to north and west, Pacific Ocean to southwest, Belize to northeast, Caribbean to east, Honduras to east and El Salvador to southeast. It is the most populated state in Central America. Guatemala is largest and capital city of Guatemala. The diplomatic relations between India and Guatemala were established in 1972. Both nations were part of the Non-Aligned Movement.