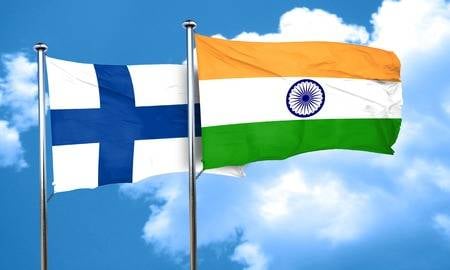 In the virtual summit, both the leaders will cover entire spectrum of the bilateral relationship. They will also exchange their views on the regional and global issues of the mutual interest. The virtual summit will also provide a blueprint for future expansion and diversification of the India-Finland relationship.

India and Finland share a warm and friendly relations which is based on the shared values of the freedom, democracy and rules-based international order. The countries share a close cooperation in the areas of education, trade & investment, science & technology, innovation and Research & Development. The countries have also collaborated for the joint development of a Quantum Computer using the Artificial Intelligence in order to address the societal challenges. Further, more than 100 Finnish companies actively operate in India in sectors including elevators, telecom, machinery and energy. Also, around 30 Indian companies operate in Finland in sectors including IT, auto-components and hospitality.

The diplomatic relations between both the countries were established in the year 1949. Following that, Hugo Valvanne became the first envoy of Finland to visit India. He presented his credentials to the Governor-General C. Rajagopalachari. After India became republic on January 26, 1950, he again presented his credentials to the first Indian President Rajendra Prasad. Finland has established its embassy in New Delhi and consulates in Chennai, Bangalore, Mumbai and Kolkata while India has an embassy in Helsinki which is jointly accredited to Estonia.