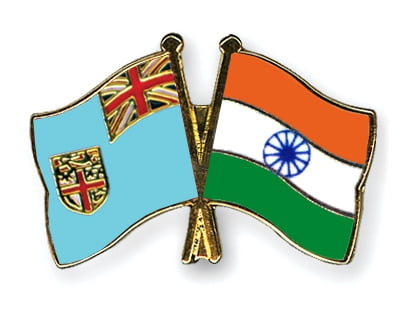 India and Fiji has signed an MoU on defence cooperation after the delegation level talks between Minister of Defence, Finance and Corporate Affairs, Arun Jaitley and the Minister of Defence and National Security of Fiji, Ratu Inoke Kubuabola in New Delhi. The MoU envisaged cooperation on defence industry, military training, humanitarian assistance & disaster management. In particular, Defence partnership as well as the maritime security and naval cooperation were identified as an area of promise. The MoU provides for stepping up of defence and security ties in defence production and military training.

Fiji is an archipelago consisting of 332 islands located in the heart of Pacific Ocean. The main ethnic groups in the Fiji include Fijian, Indian, European, and other Pacific Islanders. As of now, around 37% of the total inhabitants of the country are of Indian origin.
India was represented by a commissioner since 1948 to look after the interests of the people of Indian origin. After Fiji’s independence in 1970, the commissioner’s post was upgraded to that of the High Commissioner. India and Fiji’s bilateral ties have grown steadily in the past few years. Several MoUs have been signed between the two countries in the fields of health, Tourism, IT, defence and security.