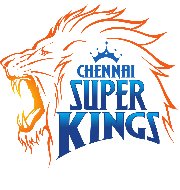 India Cements has transferred the Indian Premier League (IPL) team- Chennai Super Kings Cricket (CSK) franchise to its new subsidiary Chennai Super Kings Cricket (CSKC) Limited.
This decision was taken by India Cements Vice-Chairman and Managing Director (MD) N Srinivasan led company’s Board of Directors meeting held in Chennai, Tamil Nadu.
While demerging CSK, the Board has approved a reorganisation plan for the newly formed subsidiary. This move will also help shareholders of India Cements exercise their choice- to own only the cement business or the cricket franchise or both
With this decision, CSK will be first franchise team in IPL history to be owned by the shareholders of a company.
Background
Earlier in September 2014, the Board of Directors India Cements had approved the proposal to demerge Chennai Super Kings (CSK) into a wholly-owned subsidiary of the company, by transferring its net assets at cost.
Under the ownership of India Cements, CSK led by Mahendra Singh Dhoni, had won IPL tournament twice. For first time in IPL Season 3 (2011) and second time in IPL Season 4 (2012).