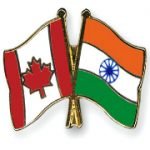 The India-Canada IC-IMPACTS Annual Research Conference was held on August 6-7, 2020 in order to discuss the ways for taking cooperation between the two countries to a new level. This conference is organized virtually by the India-Canada Centre for Innovative Multidisciplinary Partnership to Accelerate Community Transformation and Sustainability (IC-IMPACTS).

What happened at the Conference?

The conference was an attempt to strengthen the existing international connections, sharing the best practices in various spheres and initiating new collaborations in government and institutions. The major focus areas of cooperation are green buildings and smart cities, occupants’ survivability in buildings during fires. Around 200 Indian and Canadian participants took part in the virtual conference.

The Department of Science and Technology has been working with the IC-IMPACTS for research related partnerships since 2013. This is aimed towards working hand-in-hand with communities in both countries to develop effective community-developed solutions for the most urgent needs of the society.

India –Canada lost touch after the 1974 nuclear test by India in which India tested its first-ever nuclear weapon but that brought an end to the relations between India and Canada. Canada engaged with countries who have signed the Nuclear Proliferation Treaty and the Comprehensive Test Ban Treaty. The relations between the countries improved in 1991 after the opening of the Indian economy for foreign companies. After that, both countries have remained in cordial terms only. The Working Group on Counter-Terrorism by India and Canada came to life in 1997 whereas the Canada-India Foundation has been active since 2007. In 2018 also, the Canadian PM visited India.