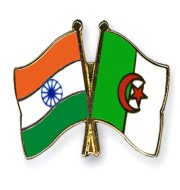 India has shown keen desire to initiate a joint venture (JV) arrangement with Algeria for a multi-billion dollar fertilizer plant located in the North African country.
The proposal in this regard has moved to front burner following a meeting between Algerian Minister for Industry and Mining and Indian Minister of State for Chemicals in Algiers.
However no specific agreements were signed between both courtiers at the end of Vice-President Hamid Ansari’s three-day visit to Algeria.
Why India is forming JV with Algeria?
Phosphorus is one of three important elements in the chemical fertilizers that are most important in plant nutrition along with nitrogen and potassium. India, which has up to 96% phosphate dependency. Currently, India imports raw phosphate resources from a number of African countries including Tunisia, Egypt, Jordan and Syria and also from Russia, Canada and Israel among others. For India, forming JV Algeria will have major favourable food security implications and also could ease the fertilizer subsidy burden.
India-Algeria
India’s bilateral trade with Algeria currently stands at 1.5 billion dollars a year with the trade balance in Algeria’s favour given India’s import of oil and gas. The major item of exports from India to Algeria has been automobiles.
India-Hungary
Earlier, Vice-President Hamid Ansari had visited Hungary on as part of this two-nation trip (Hungary and Algeria). Both countries had signed two agreements including in the field of water management.