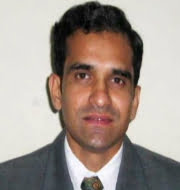 Information and Broadcasting Ministry has given additional charge to Prashant Pathrabe as Director of Film and Television Institute of India (FTII).
He is Maharashtra-based senior Indian Information Service (IIS) officer of 1992 batch who is currently the Director of Press Information Bureau (PIB) unit in Pune. His appointment comes prior to end of incumbent Director D J Narain term which ends in 4th of July 2015.
Pathrabe had been associated with the media field for nearly two decades. Previously he had served as director of the National Film Archive of India (NFAI). He also had worked in Doordarshan News and AIR News in Mumbai. He has completed his MBA from IIM-Ahmedabad and joined the IIS after a couple of short stints in the private sector.
Pathrabe‘s appointment comes at a time when the FTII is at the centre of a major controversy over the appointment of Gajendra Chauhan as the Chairman of its governing council. Students are protesting and striking against Chauhan’s appointment by boycotting classes.