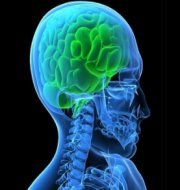 Researchers at International Institute of Information Technology (IIIT-H), Hyderabad, have created the first-ever Indian Brain Atlas referred to as IBA 100. The research has been published in a peer-reviewed journal– Neurology India.

The Indian human brain atlas construction was undertaken by team of IIITH researchers was led by Jayanthi Sivaswamy from Centre for Visual Information Technology (CVIT) in collaboration with Department of Imaging Sciences and Interventional Radiology (DISIR), Sree Chitra Tirunal Institute for Medical Sciences and Technology, Thiruvananthapuram.

The earliest known brain atlas, ‘the Talairach and Tournoux atlas’, was created by manually drawing post-mortem brain sections of a 60-year-old French woman. It was in 1993 that  Montreal Neurological Institute (MNI) and International Consortium for Brain Mapping (ICBM) created first digital human brain atlas. Recently, MNI and ICBM released other brain atlases that are widely used as a standard in neuroscience studies, but these ‘standard’ brain templates created using Caucasian brains are not ideal to analyze brain differences from other ethnicities, such as Indian population.

Even Chinese and Korean brain templates had been constructed but until now there was no corresponding template constructed for the Indian-specific population.

Study has revealed that Indian brain, on an average, is smaller in height, width and volume when compared to Caucasian and eastern (Chinese and Korean) populations. The differences were found even at structure level, like in volume of hippocampus and so on.

The implications of the findings includes better and early diagnosis of treatment outcomes of neurological problems or brain related ailments such dementia, Alzheimer’s disease, Parkinson’s disease and other brain-related ailments.

Baseline: Since birth, the brain grows at an alarming rate, but according to experts, it is around age 20-30, that the brain is said to be fully developed, or mature. Therefore researchers collected the scans from an equal number of healthy male and female subjects who fell in age group of 21-30 years, considered as the baseline.

Curbing Misdiagnosis: Medical practitioners depend on Magnetic Resonance Imaging (MRI) scan to decide on line of treatment and since the references they use are the one’s created by MNI, based on Caucasian brains, thus the revelations by current findings on Indian brains, show that the differences in MRI scans that can emerge by comparisons (because Indian brains are smaller than Caucasian) can be alarming and lead to misdiagnosis.

Way Ahead: The next step would be to prepare atlases for different age groups to study age related affects on brain anatomy. Researches will now collect MRI scans to create brain atlases for different age groups, such as 20-30, 30-40, 40-50 and 50-60, which will be beneficial to track brain and see how it ages over time and in the long run understand dementia, Alzheimer’s, Parkinson’s etc.