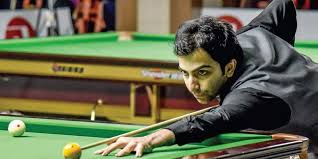 The Bengaluru-based cueist Pankaj Advani increased his tally of world titles to 22 by winning a 4th straight final in the 150-up format at IBSF World Billiards Championship 2019 held in Mandalay, Myanmar. Pankaj Advani defeated Nay Thway Oo of Myanmar.

With this win and another trophy in the bag, Advani extends his remarkable run of winning a global crown since 2003.

In the short format of billiards, this is Pankaj’s 5th title in last 6 years.

The 34-year-old is one of India’s most consistent sportspersons and has brought home a world trophy every year ever since returning from a professional stint in the UK in 2014. He has won more world titles in his sport than anyone else.

It is the premier, international, non-professional tournament for game of English billiards.

It was established in 1951 however, the event has been sanctioned by International Billiards and Snooker Federation since 1973.