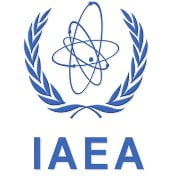 The UN global nuclear watchdog, International Atomic Energy Agency (IAEA) has opened world’s first low Enriched Uranium (LEU) Bank in Oskemen in Kazakhstan.
The bank is owned and managed by IAEA. It will be the first of its kind LEU bank not to be under control of any individual country. The IAEA also manages 123 tons of uranium in Angarsk, Russia but it is under the control of Russian government.

The LEU Bank has reserve capacity to store 90 tons of LEU, the essential ingredient needed to make the fuel for light-water nuclear reactors, which generate electricity. This reserve is enough to fully load a light-water reactor capable of supplying electricity to a large city for three years.
The IAEA has established a series of strict criteria for member state purchasing uranium from the bank. The project was funded by donors, including the United States, European Union, Kuwait, United Arab Emirates, Norway and Nuclear Threat Initiative.

Last resort Supply:  It will serve as last resort source of LEU after IAEA member countries are unable to either produce fuel or if it becomes unavailable on the international market for whatever reason. It will ensure that in the event of an international crisis or similar circumstances, countries dependent on nuclear power would still have access to uranium.
Non-proliferation efforts: It will discourage countries from developing their own uranium enrichment capacities as seen supposedly that peaceful use of enriched uranium can be converted into weapons-grade level.
No disruption to nuclear fuel trade: It will not disrupt usual trade of nuclear fuel purchased in the open market or by bilateral agreement between countries.
Peaceful use of atomic energy: It will ensure peaceful use of atomic energy without the need to develop a costly enrichment program. It will assure that suppliers in the international markets do not manipulate prices or when LEU ceases to be supplied for political reasons.

IAEA is an international organization that seeks to promote the peaceful use of nuclear energy, and to inhibit its use for any military purpose, including nuclear weapons. It was established as an autonomous organization in 1957 through its own international treaty, the IAEA Statute. It is independent of the United Nations but reports to both the United Nations General Assembly (UNGA) and Security Council (UNSC).The IAEA has its headquarters in Vienna, Austria.