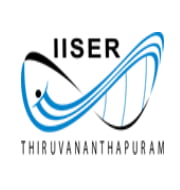 Union Government has inaugurated the first phase of permanent campus of the Indian Institute of Science Education & Research (IISER) at Vithura in Thiruvananthapuram, Kerala.
It was inaugurated by Union Human Resources Development (HRD) Minister Smriti Irani in presence of Kerala Chief Minister Oommen Chandy.
The IISER Thiruvananthapuram is dedicated to scientific research and science education of international standards. It had started functioning in the state in August 2008 with a transit campus at the College of Engineering Thiruvananthapuram (CET).

About Institutes of Science Education and Research (IISER)