How many dead in the tragic mosque shootings of New Zealand? 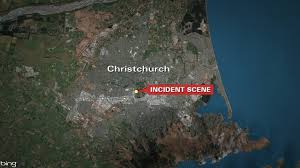 In a tragic turn of events, 49 people were gunned down by at least one gunman and leftover 20 seriously wounded while men were offering prayers at two mosques in New Zealand in the worst ever mass shooting in the history of New Zealand.

Prime Minister Jacinda Ardern has condemned the attack. The gunman later added live footage of the attack on one of the mosques on Facebook in the city of Christchurch, also showing the same carnage in form of a video game after he had published a manifesto in which he had badly labelled the immigrants as invaders. The government has placed the country on the highest level of security level. PM Ardern has stated that four people who had extremist views have been arrested so far. None of the four had been on the watchlist of police of the country.

Ardern has described the whole event as “one of New Zealand’s darkest days”. It is said that the Bangladesh cricket team was also arriving in one of the mosques when the shooting began. All the members of the team were safe. Mike Bush, who is the police commissioner has confirmed the death of 49 people. The video footage which has gone viral on the internet had been taken by one of the gunmen. He had put it online live as the attack was underway. The video showed him driving to a mosque, entering the same and randomly firing at people inside. The video showed that the worshippers who were either left dead or wounded lay on the ground. The authenticity of the video has not yet been confirmed.

Forty-one people were killed at the Al-Noor mosque while seven died at the Linwood neighbourhood mosque and another one succumbed to injuries in the hospital. Even there were children in the victims. In an anonymous post, before the attack on a discussion forum 8chan, which is infamous for its content on hate speech, said that writer will be carrying out an attack on the invaders. The post also had links to a Facebook live stream. The post also had a manifesto which stated “white genocide”- a term which is usually used for growth of immigration and minority populations by the racists.

It is unclear so far if both the attacks were carried out by the same person. PM Scott Morrison of Australia has said that one of the men who had been detained was Australian. The mosques in New Zealand have been told to shut their doors and also deploy armed security guards at their doors. Police said that they were not looking for any other suspects. Many political and Islamic leaders around the world have condemned the attack.

On the eve of the 18th anniversary of the 9/11 attacks, the U.S. Department of State has designated...

Muslim Women’s Mosque Entry on the Line of Sabarimala Judgment

Supreme Court has decided to consider the appeal regarding lifting the ban on Muslim women’s entry...

Many thousands of Pakistanis Muslims all dressed in white have gathered in the Jhang city to form a ...