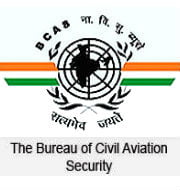 The Union Ministry of Home Affairs (MHA) is set to move a proposal before Cabinet Committee on Security (CCS) for taking over Bureau of Civil Aviation Security (BCAS).
BCAS, currently under the Union Ministry of Civil Aviation (MoCA) is responsible for laying down standards, policies and measures with regard to security of all commercial flights. Multiple security agencies working at airports, including immigration officials, Central Industrial Security Force (CISF) security personnel, local police and Intelligence Bureau (IB) are bound by regulations passed by BCAS.

The decision is based on security audit conducted by team of experts from MHA, IB, CISF and BCAS which had recommended change. Once CCS gives its approval, CISF will assume larger role in airport security. The new set-up will help in better coordination and monitoring, since CISF, IB and state intelligence all report to MHA.
It will also speed up issue of security clearances for airlines and airports as in the past, there have been inordinate delays in granting clearances due to differences between MHA and MoCA on grounds that airlines and airports have not complied with  norms despite guidelines. The move may also result in increase in passenger security fee since CISF will be deployed at all 98 airports across country.

It was set up as a cell in Directorate General of Civil Aviation (DGCA) in 1978, after an Indian Airlines flight was hijacked in September 1976. BCAS was reorganised as an independent department under MoCA in April 1987, as follow-up to Kanishka bombing in June 1985. It is currently headed by a commissioner of security.