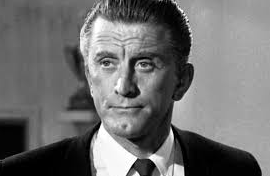 Veteran Hollywood actor Kirk Douglas has recently passed away at the age of 103. The legendary actor was born in Amsterdam and his original name was Issur Danielovitch Demsky.

He made his Hollywood debut in 1946 with the film “The Strange Love of Martha Ivers” and Kirk Douglas became a leading box-office icon of Hollywood in the 1950s-60s. One of his most popular movies was ‘Spartacus’, which made a universal box-office record. He was the recipient of the prestigious Presidential Medal of Freedom, the highest award given to a US civilian.