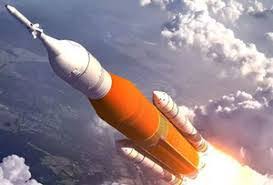 The engine is 3-D printed and named as Raman, after the Nobel Laureate CV Raman. It has fewer moving parts and weighs less than half of conventional rocket engines with similar capacity. The engine is capable of multiple restarts, enabling the launch vehicle to insert various satellites into multiple orbits in a single mission. It will conduct more tests of the Raman engine over the next six months. As it is a 3-D printed model, it has reduced the overall mass of the engine by 50% and the total number of components has been reduced by 80%.

The startup company is backed by CureFit founders Mukesh Bansal and Ankit Nagori and Solar Industries. Skyroot Aerospace was founded by Pawan Kumar Chandana and Naga Bharath Daka, both former scientists of the Indian Space Research Organization and they plan to build a family of rockets. The first rocket, which can hurl satellites of 250-700 kgs into a lower earth orbit, is expected to be launched by the end of 2021. The company has designed in-house software for launch vehicle guidance, navigation and control functions and also is testing onboard its avionics modules.

Over the years, India has developed as a global hub to launch small satellites using the Polar Satellite Launch Vehicle. As the country is now opening the space sector to the private players, the startups such as Skyroot, Agnikul and Bellatrix are building small launchers, with 3-D printed engines, thereby hoping to bring down the cost of launching the satellites and capturing a bigger pie of the global small satellite launch market. Research shows that more than 10000 satellites of small nature will be launched globally in the next decade.