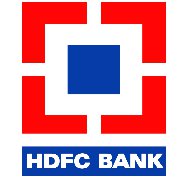 The Reserve Bank of India (RBI) has added HDFC Bank, the second largest private sector lender of country in list of Domestic Systemically Important Banks (D-SIBs). HDFC Bank is third bank in country to be added in list of D-SIBs after State Bank of India (SBI) and ICICI Bank which were added in 2016 and continue to be in that category.

Following the global financial crisis of 2008, it was observed that problems faced by certain large and highly interconnected financial institutions hampered orderly functioning of financial system, which in turn, negatively impacted real economy.
As some of the banks are perceived as TBTF, they can lead to reckless practices on their part like increased risk-taking, reduction in its market discipline, creation of competitive distortions etc. because of expectation of government support them at time of distress. All this can increase probability of distress in future.
Therefore, it is required recognition of these banks as SIBs and subjected to additional policy measures to deal with systemic risks and moral hazard issues posed by them. They are forced to have additional capital against financial emergency, so that taxpayer money not wasted in rescuing them during crisis.

RBI Framework for dealing with D-SIBs

RBI had started listing D-SIBs from August 2015 after it had issued Framework for dealing with D-SIBs in July 2014. D-SIB Framework requires RBI to disclose names of banks designated as D-SIBs every year in August starting from August 2015.
The framework also requires that D-SIBs may be placed in four buckets depending upon their Systemic Importance Scores (SISs).  Based on bucket in which D-SIB is placed, an additional common equity requirement has to be applied to these listed banks, as mentioned in Framework.
In case foreign bank having branch presence in India is Global-SIB, it has to maintain additional CET1 capital surcharge in India as applicable to it as a G-SIB, proportionate to its Risk Weighted Assets (RWAs) in India under the D-SIB Framework.

The D-SIB Framework specifies a two-step process of identification of D-SIBs. In first step, sample of banks to be assessed for systemic importance has to be decided. The selection of banks in sample for computation of SIS is based on analysis of their size as a percentage of annual GDP.
Moreover, additional Common Equity Tier 1 (CET1) requirements are also applicable to D-SIBs from April 1, 2016 in phased manner and will be fully effective from April 1, 2019. The additional CET1 requirement will be in addition to the capital conservation buffer.