Haryana government bans use of liquid nitrogen in food and drink 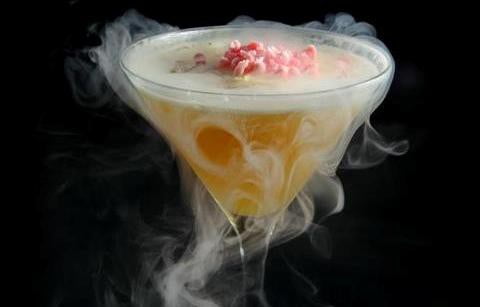 The Haryana food and drugs administration department has banned flushing/mixing of liquid nitrogen with any drink or food article. The ban was imposed under section 34 of the Food Safety and Standards Act (FSS), 2006.
The ban comes after a cocktail accident (due mixing of liquid nitrogen in cocktail) at Gurgaon pub in April 2016 that burnt a hole in a man’s stomach.
Under this ban, any eatery found using liquid nitrogen with any drink or food will be booked under section 34 (i) and (ii) of the FSS Act, 2006. The eatery may also face closure and/or a penalty.

Liquid nitrogen is a colourless liquid having a boiling point of -195.79 °C. It is used to instantly freeze food and drinks. It is used in bars to quickly freeze ingredients, chill glasses and provide a smoky effect to drinks and also in molecular gastronomy. It is also used to cool computers and in cryogenic medical procedures like removing cancerous tissues and warts by freezing them.

According to medical experts, any drink or food article whose preparation involves flushing/mixing of liquid nitrogen is harmful for humans. It releases a large volume of gas as it evaporates, which can burst the stomach if consumed in a sufficiently large quantity.

The Haryana State Government recently added several new provisions to maintain the decorum of the St...

The Haryana Government passed a bill on November 6 which provides a right to recall an elected membe...

The Union Ministry of Health and Family Welfare along with UNICEF launched the anaemia Mukt Bharat i...

On October 19, 2020, the Food Safety and Standards Authority of India announced that Food Safety Com...