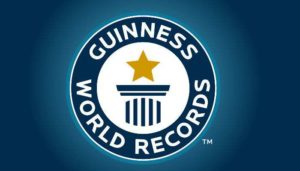 Although 490 students participated in the event but a record 268 succeeded in completing process of assembling radio kits simultaneously in the stipulated hours. The participants students all from city and districts accomplished the record feat in 2 hours at an event in Science City Expo.

A representative of Guinness World Records presented a certificate and memento to Union Minister of Science and Technology Harsh Vardhan who took it on behalf of students.

5th IISF 2019: IISF is the world’s largest science festival. For year 2019 the host city is Kolkata. The first was held in December 2015 at IIT Delhi. Since 2015 it is held annually with the vision of promoting science and technology by showcasing public how Science, Technology, Engineering and Mathematics (STEM) provides us solutions to improve our lives.