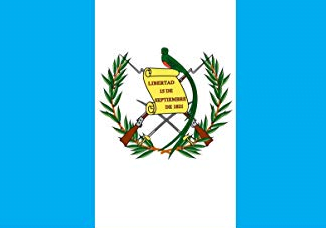 Guatemala is a Central American Country bordered by  Mexico to the north and west, Belize and the Caribbean to the northeast, Honduras to the east, El Salvador to the southeast and the Pacific Ocean to the south.

The President of Guatemala Jimmy Morales terminating the agreement had reasoned that the CICIG has put at risk the nation’s security, public order, governance, respect for human rights and above all the sovereignty of the state of Guatemala.
But the speculation was that the decision of termination was taken by the President because the commission was investigating Guatemala’s business and political elite, including Morales and his family.

Termination Suspended by the Court

But the Guatemala constitutional court had suspended the president’s decision to unilaterally terminate the government’s pact with the United Nations. The UN has made it clear that the commission would continue with the mandate respecting the rule of law in Guatemala and the decision of the Constitutional Court.

The International Commission against Impunity in Guatemala (CICIG) was set up as an international body to examine and investigate the serious crime in Guatemala.
The commission was established in response to a request for assistance from the Government of Guatemala to investigate illegal security groups and clandestine security organizations in Guatemala and criminal groups believed to have infiltrated state institutions, fostering impunity and undermining democratic gains in Guatemala since the end of the country’s armed conflict in the 1990s.
The commission was set by UN in conjunction with the Guatemalan Government had successfully highlighted corruption cases involving hundreds of politicians, bureaucrats and business people.