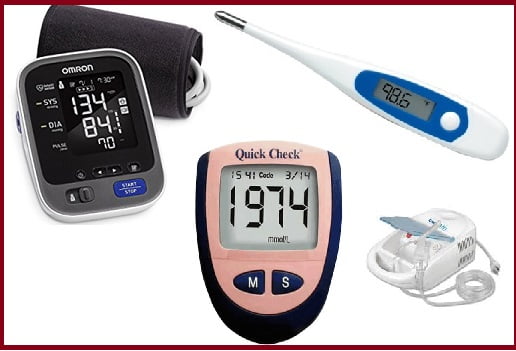 Union Ministry of Health & Family Welfare has notified four medical devices including blood pressure monitors, nebulisers, digital thermometers and glucometers as drugs under Drugs and Cosmetics Act, 1940. The decision will enable the government to ensure their quality and performance. Drug Controller General of India (DCGI) will regulate import, manufacture and sale of these devices from January 2020.

Companies which are engaged in manufacture and import of these equipment will have to seek necessary permission or license from DCGI from January 1, 2020 onward. All these devices will have to be registered under quality parameters prescribed under Medical Devices Rules, 2017 and other standards set by Bureau of Indian Standard (BIS) certification.
With addition of these four new devices, the number of medical devices falling under definition of drugs under this law goes up to 27. Prior to this, only 23 medical devices were monitored for quality by DCGI. The other medical equipments are sold without any quality checks or clinical trials. Drug Technical Advisory Body (DTAB), the country’s highest drug advisory body earlier had approved the proposal to include these four medical devices under purview of Drug law.

DCGI under gamut of Central Drugs Standard Control Organization (CDSCO) is responsible for approval of licenses of specified categories of drugs such as blood and blood products, vaccines, IV fluids and sera in India. DCGI lays down standards and quality of manufacturing, selling, import and distribution of drugs in India. It acts as appellate authority in case of any dispute regarding quality of drugs. It prepares and maintains national reference standard. It brings about uniformity in enforcement of Drugs and Cosmetics Act. It trains Drug Analysts deputed by State Drug Control Laboratories and other Institutions.